Kinderdijk is situated in the Alblasserwaard polder at the confluence of the Lek and Noord rivers. To drain the polder, a system of 19 windmills was built around 1740. This group of mills is the largest concentration of old windmills in the Netherlands. The windmills of Kinderdijk are one of the best-known Dutch tourist sites. They have been a UNESCO World Heritage site since 1997. ~wikipedia

Kinderdijk runs mostly on volunteers, they show visitors around and tell stories about Kinderdijk. When developing the new wayfinding system and mapping we knew the volunteers should play a key role in development.

The area is in the development, a new visitors center is built which includes new routes to the musea of Kinderdijk. The new layout of Kinderdijk required a new fresh look on the wayfinding and map design. 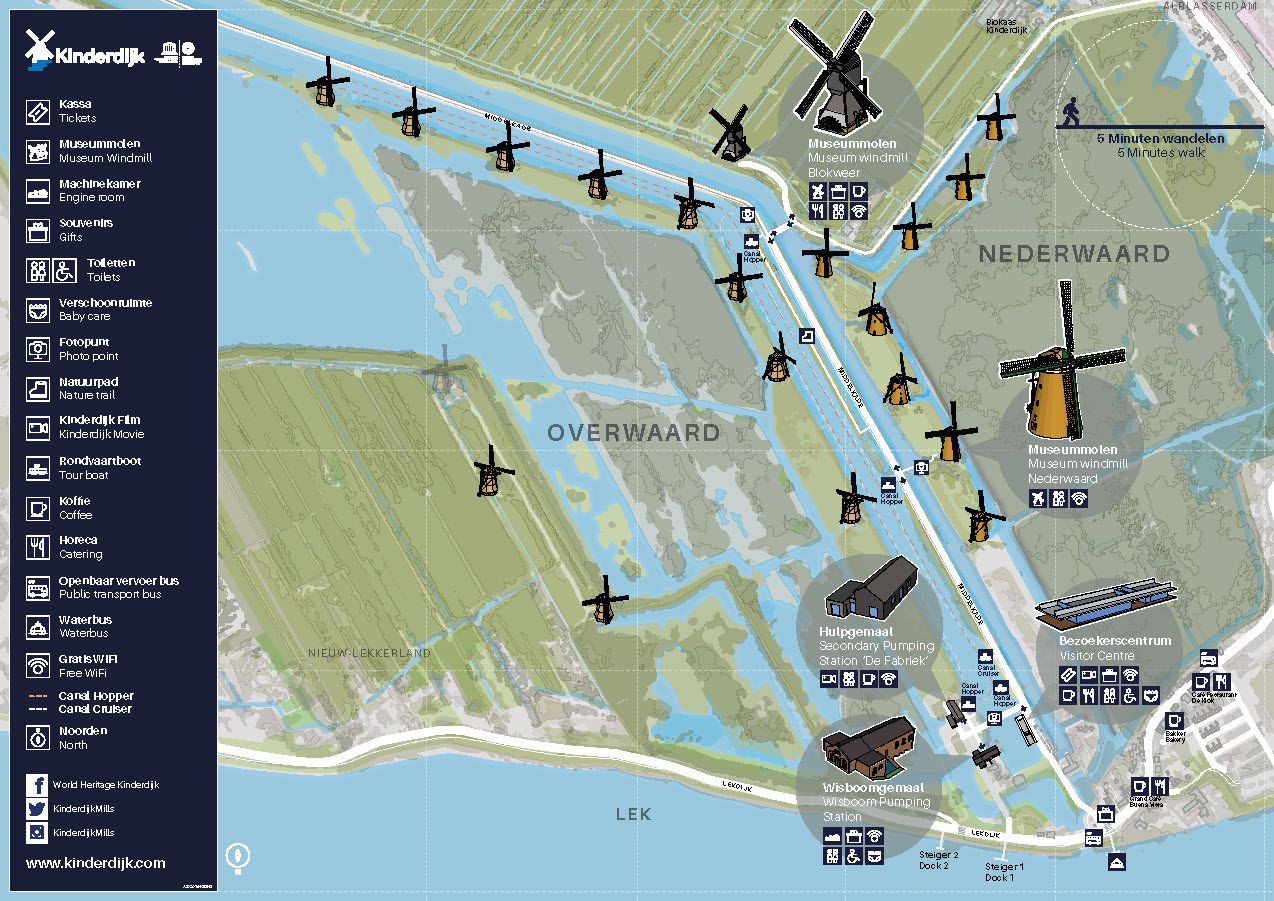 One of the key attributes for tourists is the map. We have designed a map for the area which includes the following elements

A non-for-profit project for the refugee camp at Lesbos. We developed wayfinding for people to find their way in the camps.